Well well… we’ve arrived in Vietnam. But… the flight was faster than the process at immigration.

Queue was really quick and so everything went smoothly up to that point. Only the stamping fee is $25 and… we forgot to bring dollars… (no problem I thought, there must be a handy ATM close by)
Well… NO! No ATM… and the customs officers didn’t understand. Plus I got charged $5 for a digital photo… 😭

No money… no honey!

Well Vietnam is one of the country’s in the world where you can exit the airport while the customs officer keeps your passport, ignore all the scanners, walk right though security to find out that neither of your bank cards work… then you walk back, though a one-way opening door (just wait for another passenger to go out) bypassing security again (no questions asked) skip up the steps and go back to customs… where they don’t understand you.

Lucky for me I have Anna. So Anna went and tried, same journey. But had no clue about the exchange rate. So had to rely on the girl at the currency exchange counter. Which said $50 was 1.000.000 VND and after going back to security found out that it wasn’t enough.

Then because of totally not understanding us (English m*therf*cker, do you speak it?!?) I was grounded at the visa desk, not allowed to pass. And Anna was forced to pass immigration because she already acquired a visa.

Luckily nobody was paying attention (Vietnamese style?) and she was able to sneak past security again to go to the ATM again, get me the rest of the money. Finally was able to enter  Vietnam with my passport. 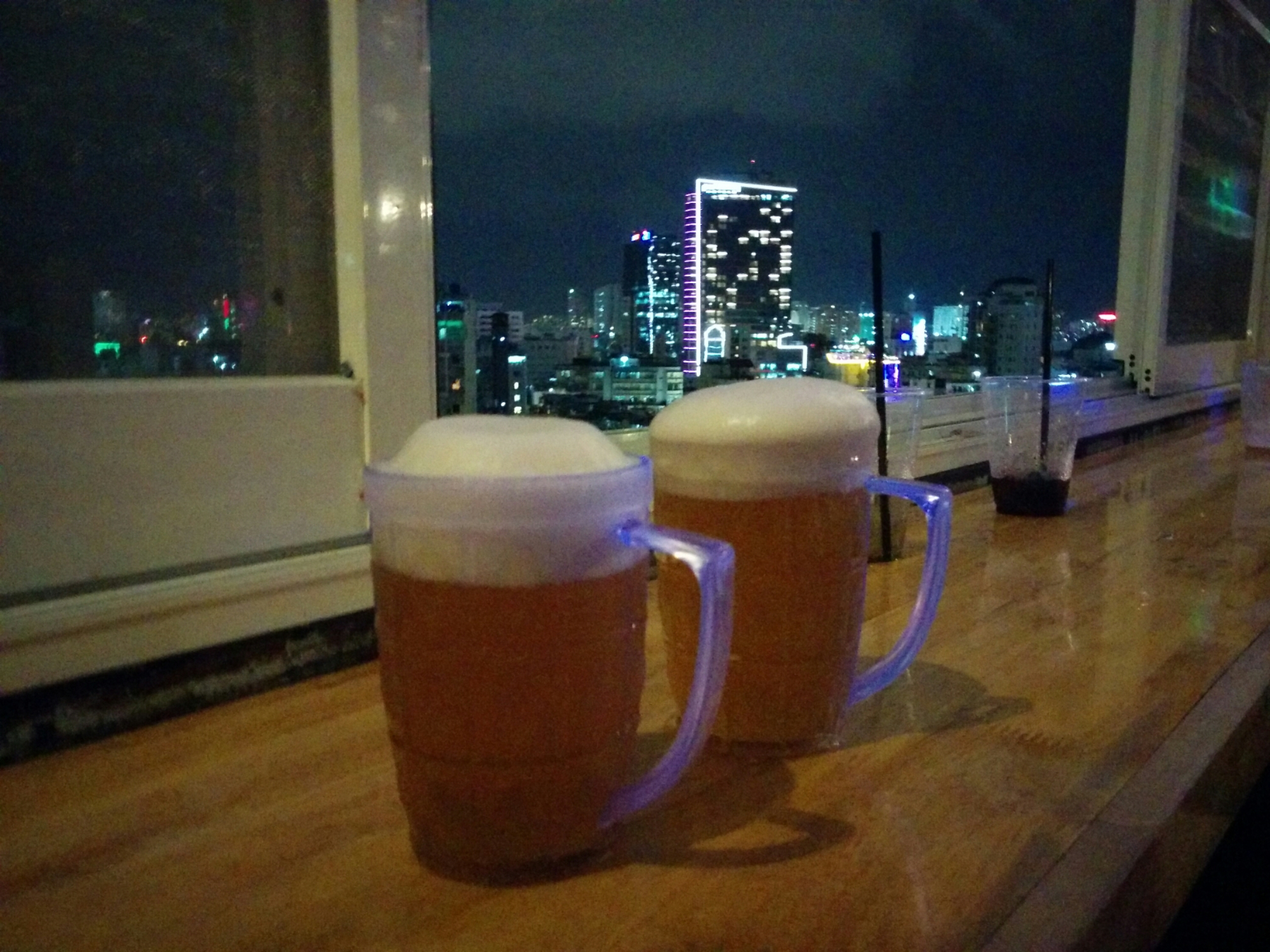 So everyone going to Nam… bring your dollars in cash for the stamping fee and save yourself some trouble!!!